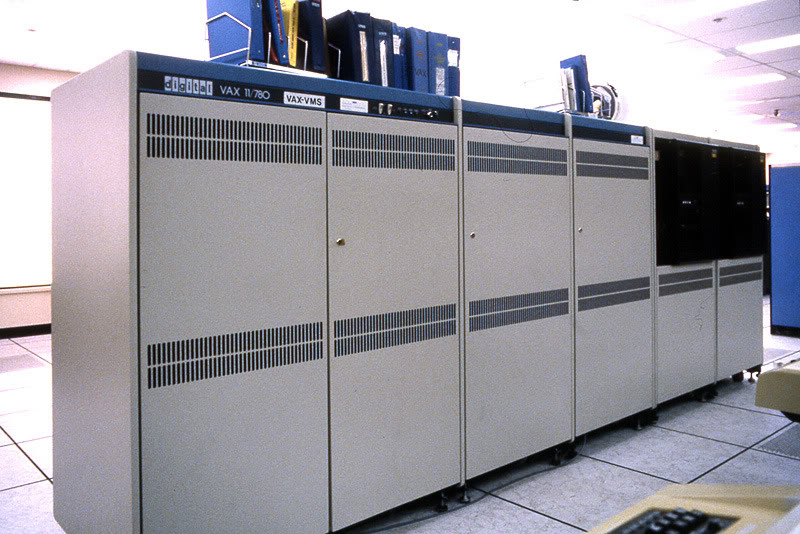 This would be a significant outlay, hundreds of thousands of dollars. One of these might have:

The $60 / month dedicated server this site is running on has:

The Server as City

The idea of a community of people sharing the same server’s resources is far from new–it’s the reason we have Unix. Professors and students alike would use terminals to access the same gigantic box. As computers became cheaper and more ubiquitous we became used to a computer being something only one person could sit down and operate. We still use servers daily, but only through the software running on them rather than being a full operating system user.

Tilde servers like tilde.town keep the Unix tradition alive. We may think of users as being full-fledged citizens of servers. They have access to the miracle of the commons: when code repos are shared it is easier to make changes to other people’s work, when software is shared it is easier to find someone who knows how to use it, if everyone uses the same chat program it is easy to speak to them, and so on and so on.

In a server-city each citizen should have their own website, distinguished by their username. Say: http://theeternal.city/~ajesionowski/. Digital land is not owned unless you have complete control over the form of it. This means every single word on the screen is there because you placed it there for a reason–no ads allowed!

We have completely regressed as digital owners! GeoCities may have been a mishmash of eye-tearing design and construction gifs, but each web page showed who its owner was. Their digital land was tended with care. Even within the constraints of MySpace we had hundreds of different glitter gifs–how tragic the novocaine white and blue of Facebook is!

Giving a user full access to an operating system is equivalent to giving them a homestead in your city. Leave your crowded urban spaces and return to the land!

Any website of millions and millions of users cannot sustain communities. Over time a dominant ideology arises that memetically out-competes any others. This ideology is one of control, deploying sophisticated religious techniques to shame and guilt other users into following that ideology. One is no longer free to breathe.

Cryptocurrency is an incredibly important innovation for computing. I say this after missing out on the price explosion. Its value is not just as an asset vehicle–one of the gigantic problems with encryption and security is that it’s hard to share keys in a trustworthy way. Now we have hundreds of millions of people on a programmable PKI! Satoshi Nakamoto is a Cypherpunk Godhead.

Let’s say I want to assess if you share values with me without ever having met you. Pre-global-PKI this only happens by association, reading the same forum or something. Today I can programmatically verify that you share values with me! If you own $LIFE tokens you believe in the work of Justin Murphy. If you own Urbit IDs you see the value in what Urbit is doing, however poorly, and so on and so on.

Let us build our own walls around the values we share, and not the walls chosen for us. The content that we serve in our city should only be available to those who are citizens, who are guests of citizens, or who share our values. In this scarcity our values will grow.

You may find my first proof of concept, along with its source code, here. This content is only available to Urbit ID owners.